On Behalf of the Night

I want to testify on behalf of night, to say something about our neglect of the dark

hours, how we fill them with artificial light as though the illumination were not, in the end, a kind of veil. We eradicate with light pollution the sprawl of stars and galaxies, treating our fear of the dark as something to be ameliorated. The images created by Canadian scientist Felix Pharand-Dêschenes, based on satellite data and showing Earth at night, are unsettling in part because they’re beautiful: it’s easy to see how, and where, we’ve become addicted to light.

I should confess here that I am afraid of the dark, so I’m an unlikely candidate for singing its praises. My confrontation with night happened not because I suddenly thought that it would be good to be awake in the small hours, but because my son, like so many children with autism, developed a severe sleeping disorder. It persisted for two years and well beyond, forcing us to bear witness both to each other and to those lonely, spooky hours that ended up being, also, a conduit for seeing what I had been missing. 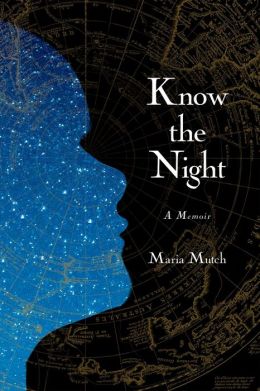 of the night. Virginia Woolf was an insomniac, yet she described sleep as “that deplorable curtailment of the joy of life.” During the period of my son’s and my own enforced insomnia, I would nearly have traded my soul for reliable, unbroken sleep. Joy, to me, would have been the knowledge that when I put my head on the pillow it would stay there until morning. My view of my son’s sleeping disorder has taken on a kind of intractable duality: the tumult of insomnia versus the wonder of night.

No one who has been chronically awake has trouble believing that sleep-deprivation techniques are employed as torture. Without sleep we suffer lower brain function, problems with short-term memory, and, according to the Centers for Disease control (CDC), higher rates than normal of diabetes, heart disease, hypertension, and general mortality. Add to this what Arianna Huffington has noted, which is that sleep is a feminist issue. My husband sometimes got up with my son, but much more often than not, I was the one getting up and even insisting on it. I was too tired to heed the influence of gender politics, wherein a premium is placed on men’s sleep over women’s, and the attendant fiscal politics, the ones having to do with whose work is more valuable, the paid laborer’s or the unpaid. I was too tired, too strung out, to work out any stance—too tired to advocate for my sleep. And almost too tired to see the night.

I don’t know why my son began waking or why he started sleeping normally again. Certainly sleep disorders are wildly common among children with autism—estimates run as high as eighty percent—but that doesn’t explain much about why his specific disorder began and, more importantly, why it ended. Being up at night with him, however, forced me into a relationship with the dark, and as I felt for light switches and eventually—sometimes—walked through the dark by touch, allowing my eyes to adjust, I had to confront my fear and estrangement from night.

Now that we both sleep again, night is already starting to fade. I’m writing this, for instance, on an unabashedly sunny day by the ocean, not at 2:00 am in a room illuminated solely by my laptop. And I have to acknowledge that I thought of the small hours as anxiety-soaked, chained as they were to worry or to illness. I nearly missed the beauty of night, but then there it was: the way that time slows down and forces us to be present; how a dreamlike aspect remains even during waking; how there is quiet and lonesomeness, but also solitude. I would walk outside and tilt my head back to look at the stars. Night was the container for bearing witness to my son’s experience, what it was like to be him.

Knowledge comes at a price, however. In the myth, Psyche’s sisters convince her that her nighttime lover is a serpent-like creature, but when she casts her lamplight upon him, she finds the beautiful, and outraged, Eros, who then shuns her. We are sometimes tricked by our fears into being blind to what is already ours.

As a response to my situation, I started reading about night and came across environmental pleas, some of them in Let There Be Night, edited by Paul Bogard, against eradicating the dark—and therefore the gorgeous complexity of the night sky—with light pollution. I would not wish insomnia on anyone, but my experience with my son shed, if you will, some light. In our estrangement from darkness and night we lose something of enormous value: one half of the world. 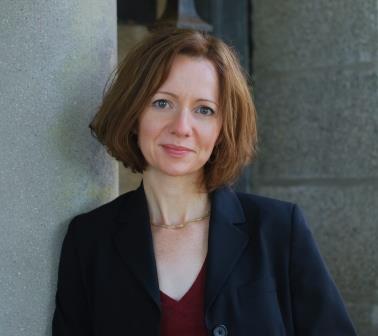 Maria Mutch is the author of Know the Night, a memoir about a boy who doesn’t speak, a 1930s Antarctic adventure, and jazz. Her essays and short fiction have appeared in Poets & Writers, Guernica, Ocean State Review, Bayou Magazine, and Literary Mama, among others.