Do You Have Any Magic?

In my dream, a little girl stands in a dim room beside a row of women. The women, dressed demurely in cardigans over dark shifts, sit erect in straight-backed chairs, their hands folded in their laps. The girl moves from woman to woman, asking, “Do you have any magic?” Each in turn smiles indulgently at the girl. “Oh my! Why no, dear.”

The little girl, of course, was me. And the women were the distilled, reticent essence of every woman I’d known growing up. Take for example the members of the Sunny Circle Home Demonstration Unit, the farm-based ladies club my mother once belonged to. True, most of those women lived up to the club’s name. They were sunny, not dour, and wore bright dresses, not dark shifts. They laughed often and seemed relaxed, even as they held fancy saucers shaped like lily pads—with raised rings on them that keep their delicate cups from skidding or splashing coffee onto the hostess’s homemade cookies.

But they never confided a personal concern or expressed an opinion that might differ from anyone else’s. This left them little to talk about other than the weather and what they’d cooked for supper the night before and how their gardens were growing. Lord forbid they complain about a thoughtless husband or probe a religious question or share a political insight. They had to live among these same few neighbor women for the rest of their lives and were therefore careful not to say anything they couldn’t live down.

When I went to college, I was at first aghast at the topics that some of my new friends considered suitable for conversation. Nothing, not even their sex lives or their parents’ marital problems, seemed off limits. When sad, they shed open tears. Witnessing such “blabbing and blubbering,” as I thought of it then, embarrassed me. But over time I grew less inhibited and came to cherish my intimate friendships with women.

I had no interest whatsoever in moving back to remote western Kansas, where I was raised—until, that is, three decades after my escape, when I met someone who caused me to consider doing exactly that. My father had died a few years before, and on a routine visit home to see my mother, I decided to take a drive into the surrounding countryside in search of water. My father had been a dry-land wheat farmer in my childhood, but, like many others in the region, had since converted the farm to irrigation. Each year, farmers were pumping billions of gallons out of the Ogallala Aquifer, the vast groundwater reserves underlying the High Plains all the way from South Dakota to Texas. This concerned me, as I’d read that the aquifer was being depleted and many of the spring-fed creeks and rivers had dried up.

I did find water that day. Reassured that irrigation had not—at least not yet—robbed the surface of every last drop, I was sitting in the shade of a cottonwood tree beside the creek when a pickup came into the pasture pulling a stock trailer. At first I was afraid the driver would accuse me of trespassing, but far from it. His name was Ward. After we’d chatted for a while, he said, “I know who you are!” It turned out Ward had read my first book and liked it so much he’d considered writing to me through my publisher. This astounded me. As far as I knew, the only people back home who’d read that book were my mother and my high school English teacher. 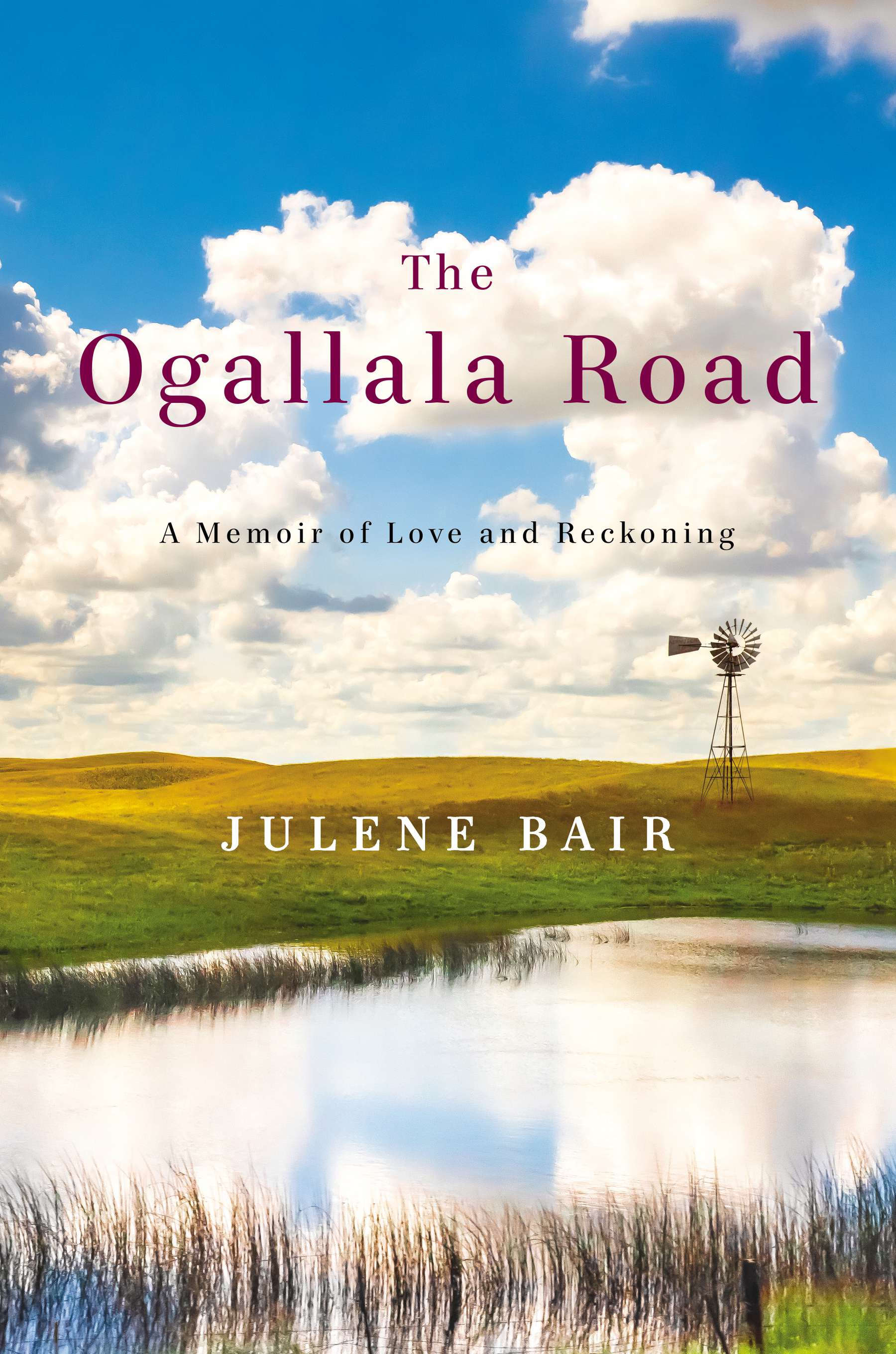 unfolding in my family around the future of our farm and the crisis facing the aquifer—became the subject of my second book, The Ogallala Road.

Now, years later, on the verge of publishing that book, I was terrified. The publisher planned to send me on tour. Soon, I would be standing before audiences in Kansas and other plains states, arguing that to use water the way we were doing was a collective crime against nature and future generations. The claim seemed beyond denial to me. In many places, the aquifer was already drained of the water that had made plains life possible for the last ten thousand years. In most other places, it would be used up before the end of this century. But irrigation played a huge role in the economy of the region. Those whose livelihood depended on the Ogallala were not likely to take the criticism well. Knowing I’d written the best, most passionate story I could didn’t change my impending fate.

Not only that. I’d centered much of the story on meeting and falling in love with Ward. Loving a man so thoroughly Kansan—in his bearing, assumptions, and way of life—had shown me that, however liberated or worldly I thought I’d become, my ties, like his—to the prairie, sky, air, water, soil, plants, animals, and people of home—ran deeper than my ties to anything, anyone, or anywhere else. “We don’t talk about private matters in public,” my parents had always warned me—for good reason it seemed to me now. Shortly, I would be embarrassing myself in public and inciting ire everywhere I traveled. Instead of tapping keys on my computer, “telling tales out of school”—another of my parents’ favorite sayings—I wished I’d just kept my hands folded and my lips sealed, like those women in my dream. Who was I to challenge the status quo back home? It would have been easier to look the other way and say nothing.

Except it wouldn’t have been easier. Not really. In inheriting part of the farm, I’d also inherited a share in the profits that came from irrigating. As a writer, it came naturally to me to explore the problems that troubled me most, and I wouldn’t have been able to live with myself if I hadn’t spoken up. But now that “speaking up” was going to entail not just typing, but actual blabbing back home, yet another Kansas-ism took on new meaning. You could take the girl off the farm, but apparently you couldn’t take the farm culture out of the girl. I’d learned much the same thing loving Ward. To be from a place is to be of it.

Those women, in their dark dresses and denial, couldn’t have shown up in my dreams at a more critical moment. I knew I didn’t want to be like them. They had been so uptight and contained, unable and unwilling to share all that life had taught them, when even the little-girl me knew that life had taught them a lot. Take their hands, which they kept folded in their laps. Those hands had planted thousands of seeds and nursed them to fruition. They had diapered babies and bottle-fed piglets, calves, and lambs. The women had been witness, midwife, and nurse to life’s miracle ever since they were little girls. They had even borne life forth from their own wombs. They might as well have been magicians, yet they denied any knowledge of the magic they wielded.

Behind every magic trick is a secret, and behind life there is a not-so-secret yet very magical substance. Loren Eiseley, one of my favorite writers, put it this way in The Immense Journey: “If there is magic on the planet, it is contained in water.” Substitute the word “life” for “magic” in that sentence. There could be no life without water. It is what makes the earth habitable. Like me, Eiseley grew up on the plains, where water could not be taken for granted and where every man, woman, and child knew this. Every woman of my childhood certainly knew it, yet I never heard one of them express concern for the water that was being drained from under her land.

Like the dream women, I’ve been witness, midwife, and nurse to life for as long as I can remember. My father used to raise sheep, and when lambing season rolled around in January, it fell to my brothers and me to fill quart-sized Coke bottles with warm formula, affix big nipples onto them, and hold them, one in each hand, for the orphans. I will never forget the way their dangly tails danced as they suckled or how eagerly they butted the bottles, sometimes knocking them right out of my hands. I remember everything about those lambs—their pungent smell; their many voices, each one distinct and insistent; their tiny hooves against my thighs as they tried to climb me to get at the bottle sooner; their bony foreheads and warm but still nearly naked backs under my palm as I pushed them back down.

I felt their need in my own body, where I knew what a hunger pang was and what thirst felt like and where I’d registered the lambs’ heat and life on my own skin. The body is where all feeling resides. When I first heard the phrase, “feel your feelings,” it struck me as ridiculous. Isn’t that what a feeling is—something you feel? But being aware of a feeling depends on there being an open pathway between your body and your mind.

In repressing their fears and concerns and keeping mum, in having no outlet for their tears and their voices, the women of my childhood, like so many women of that generation, were prevented from feeling their feelings. When doctors and magazines told them that formula was better for babies than their own breast milk, they must have known, in flesh, blood, and bone, this was not true. But to breastfeed was to risk social stigma, so they denied their own bodily wisdom.

I’m sure I would have obeyed the cultural messages too. If I had been a woman of my mother’s generation, I would have walled my body off from my head, and paid, as my mother did, with chronic stomachaches, which she chalked up to “just nerves”—or resorted to calming drugs. But I was luckier than my mother. I had the benefit of friendships with women who created, among themselves, their own culture.

Thanks to the many friends who listened to me with open minds when I spoke and who offered me uniquely feminine nurturance and support when I cried, I don’t need the dream women to explain magic to me anymore. There is an open channel between my body, where I feel the thirst of life to come, and my mind, where I can shape the words to argue on behalf of that life. I know what magic is here on this earth and can speak for it myself. 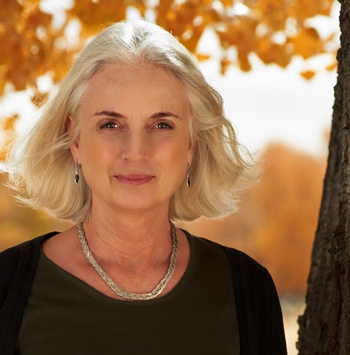 Julene Bair is the author of The Ogallala Road: A Memoir of Love and Reckoning and of the prize-winning One Degree West: Reflections of a Plainsdaughter. Her essays appear in venues ranging from High Country News to the New York Times.