How to Celebrate International Women’s Day

Those who know me know that March 8, International Women’s Day, is, of all the year’s holidays, the one that most deeply claims my attention and my heart. This began in the 1970s, when I lived in Cuba, and the date was widely celebrated. For years now, I’ve written an open letter to women I know and to men I believe are truly concerned with women’s rights.

This year, as I sat down to compose my letter, I happened to glance at the front page of the International New York Times. Three headlines grabbed my attention. The first was about Germany’s new law requiring that thirty percent of corporate board members be female. The article emphasizes the measure’s potential to “substantially alter the landscape of corporate governance . . . and have repercussions far beyond Germany’s borders.”

The second describes a mob of thousands storming a jail in the northeastern Indian city of Dimapur, seizing a prisoner accused of rape, parading him through the streets and beating him to death “before the police could stop them.” Violent crimes against women are on the rise everywhere and notably frequent in nations where inequality is woven into the fabric of daily life. Most recent news stories about rape in India have detailed the act itself, so this one was unusual in that it noted a massive popular attack on the rapist. While we continue to celebrate the bravery and commitment of the Pakistani teenager Malala Yousafzai, in her ongoing campaign for girls to study, millions of women everywhere face poverty, illiteracy, abuse, and violent crime.

The third article chastised Pope Francis, despite his overall reforms, for proving “strikingly tone-deaf toward the sensitivities and needs of women.” An organization called Voices of Faith will celebrate International Women’s Day this year by bringing women from various walks of life together to discuss their issues at a seminar inside Vatican City. The writer points out that the fact the seminar is taking place within Vatican walls is particularly significant.

Each of these headlines has a backstory, and all are complicated. None are simple victories for the half of

humanity that, as a discredited revolutionary leader once so eloquently said, “hold up half the sky.” What the stories do tell us is that across cultures and economic strata, women’s lives need change.

Worldwide, only 79.7 percent of females, compared with 88.6 of males, can read and write. Such overall statistics hide gross geographic differences, of course. The rates are 12.6 to 43.1 in Afghanistan, while in the United States they are 99 and in Cuba 99.8 across the board. In the United States, women still earn only 77 percent of what men earn.

There are many other areas in which women suffer disproportionally. If we leave or are forced out of the labor force, our possibility of contributing to pension funds or saving money for an increasingly extended old age is palpably reduced. Female incarceration in the United States has risen dramatically in recent years; the number of women in prison increased fivefold over men in the past two decades alone. But the area where gender inequality is perhaps most evident is in the “sandwich generation,” in which the middle-aged must care for their elderly parents and dependent children.

The 2008 recession, the effects of which are still with us in so many ways, has meant many families must accept the return of adult children who cannot find work, even as they are also unable to afford institutional care for parents who suffer from dementia and other ills. The latest census figures show that the poverty gap between men and women continues to grow as we age; by the time we reach 65, almost twice as many women as men live in poverty. Our social priorities leave us living longer but unable to resolve the problems the additional years bestow.

Halfway into the twenty-first century’s second decade, we have a few women presidents, members of parliamentary bodies, generals, bishops, and even corporate CEOs. Token or trend, they make their mark. But perhaps we should be paying more attention to our women poets, painters, musicians, scientists and philosophers.

On this International Women’s Day I think of the Indian, black, and Latina women organizing against poverty throughout the United States. Of the tireless women of Africa still fighting genital mutilation and nursing victims of the terrible fistulas so often afflicting those who have been cut. Of the undocumented mothers and children being held and abused in detention centers along our country’s southern border. Of the women within a range of religious denominations struggling daily against privileged male hierarchies. Of the Chilean mothers who, in decreasing numbers as each year passes, still walk Chile’s Atacama desert searching for the bones of their disappeared children. Of the women of Palestine, Iraq, Syria, Guatemala, Mexico, Uruguay, Cuba, China, Afghanistan: the poor and disenfranchised women of the world. I salute Malala and others whose names and faces we know. But I also feel the desperation and rage, the sorrow and small victories of nameless women everywhere, still struggling in a thousand large and small ways for that elusive condition called equality. 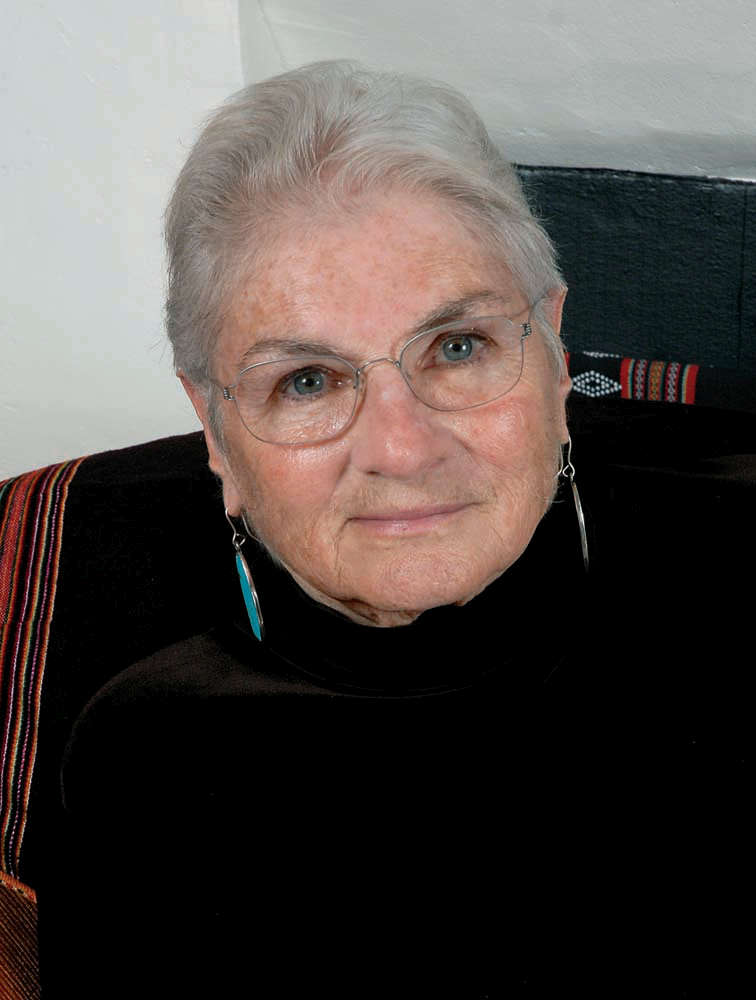 Margaret Randall is a poet, essayist, oral historian, photographer, and social activist. She lived in Latin America for 23 years (in Mexico, Cuba, and Nicaragua). When she came home in 1984, the government ordered her deported because it found some of her writing to be “against the good order and happiness of the United States.” With the support of many writers and others, she won her case in 1989. Randall’s most recent poetry collections include My Town, As If The Empty Chair / Como Si La Silla Vacia, The Rhizome As A Field Of Broken Bones and Daughter Of Lady Jaguar Shark, and About Little Charlie Lindbergh and Daughter Of Lady Jaguar Shark, and About Little Charlie Lindbergh. Her essay collections include Che On My Mind and More Than Things. Haydee Santamaria, Cuban Revolutionary: She Led By Transgression, is forthcoming in September 2015. Randall writes weekly feature and opinion pieces for New Mexico Mercury, an online political/cultural publication. She also curates The Sunday Poem for The Duke City Fix. She lives in New Mexico with her partner of 28 years, the painter Barbara Byers, and travels extensively to read, lecture, and teach.