Reviewers tend to describe my novels as “character driven.” I not entirely sure what that means but I’ve been repeating it for years.

It suggests, I suppose, that my fiction is longer on dialogue than plot or physical description. Given the title, cover image and first-person narrator of my new novel, it would be fair to assume that I started by creating the character of Addie Baum, The Boston Girl herself.

But that’s not how it works for me. My historical novels have all been inspired by a “found” story that raised a question in my mind.

The Red Tent: Jacob and Leah have a daughter named Dinah who steps into the spotlight for a brief, violent moment and then vanishes, setting up a question: what really happened to her, and what happened next?

The Last Days Of Dogtown: A Massachusetts settlement becomes a ghost town; all that’s left today are cellar holes, some legends, and a list of wonderful names. Why did the town die and who was the last man or woman out?

Day After Night: In 1945 Palestine, a daring rescue is carried out, freeing all of the Jewish prisoners held in a British internment camp. Who was inside the women’s barracks, what happened to them during the war, and what was it like to be woken out of a deep sleep and led to freedom on a moonless night?

of Boston. With two stories, white clapboard, black shutters, and a sign, “The Rockport Lodge,” it looked like a dozen other bed and breakfasts in town. I must have driven past the place a hundred times without giving it a thought, but I pulled the car over when I saw a friend walk out the front door. She told me that Rockport Lodge was not like other inns. Only female guests were permitted, a policy that started in 1906, when it opened to give inexpensive—and in the early days chaperoned—holidays for city girls of modest means. The idea was to provide a bit of recreation and leisure to a class of girls who would never have been able to afford it otherwise. A kind of Fresh Air Fund for unmarried young ladies, paid for by wealthy women with Progressive-era beliefs: suffrage, education reform, child welfare, and the Americanization of immigrants.

Rockport Lodge reinvented itself many times over during its ninety years in operation. Some of the “girls” returned year after year, so the clientele aged, and eventually married women were allowed to stay. A 1975 brochure described Rockport Lodge guests as “Working women, retired Women, and temporarily unemployed Women (Others are not excluded).”

By the late 1980s, women’s opportunities and horizons had expanded beyond anything the founders of Rockport Lodge could have imagined. The trustees hadn’t kept up with the times, nor had they taken care of the building, which grew shabbier and shabbier through the 1980s and 1990s.

In 2001, the windows went dark for good. That was the summer I walked up on the porch and peered through grimy windows and shredded curtains. A full set of Blue Willow china was displayed on a wall in the dining room, and heavy oak tables and chairs stood ready for a dinner crowd that was never coming back.

The whole building felt like an old steamer trunk with a century’s worth of stories inside. I decided to write a novel that would cover the entire span of Rockport Lodge history. Something like Same Time Next Year, a play (then a movie) about a couple who meet for an annual adulterous tryst.

I would invent a diverse group of women (my modus operandi) who would meet at the Lodge, form strong bonds. and return year after year, sharing stories of their lives, which would reflect the history of American women through the twentieth century. I would call it “Rockport Lodge.”

I started my research with the Rockport Lodge papers, which were given to the Schlesinger Library on the History of American Women at Harvard University. The collection of 47 boxes is full of fundraising letters, brochures, housekeeping minutia, newspaper clippings, board meeting agendas and—most important to me—scrapbooks full of drawings, poems, inside jokes, and pledges of undying friendship. There were photographs, too, illustrating incredible changes in women’s clothing—from corsets and floor-length skirts to skimpy bathing suits and short pants.

Around the same time as I was poking through the boxes, I interviewed a woman

whose grandmother had gone to the Lodge as a girl and who had also been a member of the Saturday Evening Girls Club in Boston’s North End. Her grandmother had also worked at the Paul Revere Pottery studio at the Bennett Street Settlement, where immigrant girls painted beautiful Craftsman-style designs on pottery, some of which is now displayed at Boston’s Museum of Fine Arts.

That led me to Edith Brown, an illustrator and painter who supervised the pottery studio, and to her life-long companion Edith Guerrier, whose career included running Bennett Street, creating a federal Food Facts Bureau during World War I, and then boosting circulation in the Boston Public Library system—all detailed in a memoir called An Independent Woman.

I was surprised by themes that seemed very current and echoed issues and themes of the 1960s and ’70s, when I was growing up: by the 1910s and 1920s more girls were attending college than ever before, and women’s magazines fretted about how these educated New Women would balance family and career. Jobs for women expanded with new technologies and businesses: department stores needed a female sales force, offices required typists and telephone operators; women were hired as librarians, and social work was becoming women’s work and an accredited profession at the same time.

I began to see Boston with new eyes; I became fascinated and curious about the

women who started kindergartens and free lunch programs for Boston public school children; the Portia School of Law, for women who were refused admittance at Harvard or Boston University; and Simmons College, devoted to providing women with practical education unlike the elite Seven Sisters.

I have never been so smitten by my research, which meant that after a year of reading and poking around in archives, I had barely gotten to the mid-1920s. And while I’d begun to assemble a fictional group of girlfriends who came from various backgrounds—Jewish, Italian, and Irish—reflecting the ethnic diversity (unusual for the times) of the Saturday Evening Girls and Rockport Lodge, I had too much history to tell, too many ethnic family strands to braid together, too many backstories to reveal.

I could have written 300 pages about a single week at Rockport Lodge. But I still didn’t have a story.

I went through more drafts than I can remember. Names changed, story lines were added, and characters were dropped. But Addie was there from the beginning, the youngest one in her group.

I had to leave most of my research on the cutting room floor. That’s perfectly normal, but I was afraid that the arc of Addie’s story into a happy marriage might be too small, her life too mundane, to keep a reader turning the pages.

But once I also made Addie the narrator, I realized—or remembered—that we don’t experience history in the abstract; we live inside of it. Addie experiences the momentous events of the early twentieth century at eye-level.

A girl bobs her hair.

A veteran of the Great War collapses on a crowded beach.

A friend dies because she ignores warnings about the flu epidemic and goes dancing.

In Addie’s life, the geopolitical is personal; the immigrant success saga is haunted by loss and despair; war and disease are tests of resilience, even for those on the sidelines, even for those who survive.

Not so small after all. 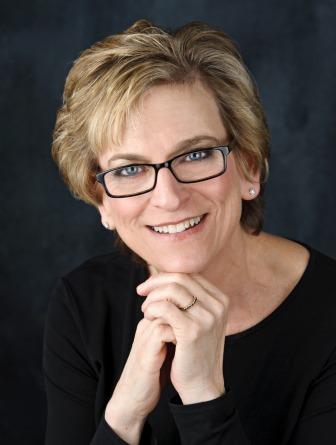 Anita Diamant has written five novels, including newly-published The Boston Girl. Her other works of fiction include The Red Tent, which has been published in more than 25 countries, Good Harbor, The Last Days of Dogtown, and Day after Night. She is also the author of six nonfiction guides to contemporary Jewish life: The New Jewish Wedding, The Jewish Baby Book, Living a Jewish Life, Choosing a Jewish Life, How to Raise a Jewish Child and Saying Kaddish. An award-winning journalist, her articles have appeared in the Boston Globe Magazine, Real Simple, Parenting, Hadassah, Reform Judaism, Boston Magazine, and Yankee Magazine.