"Chloe Liked Olivia: A Few Thoughts About the Naples Quartet


Literature that indulges the tastes of the reader is a degraded literature. My goal is to disappoint the usual expectations and inspire new ones. 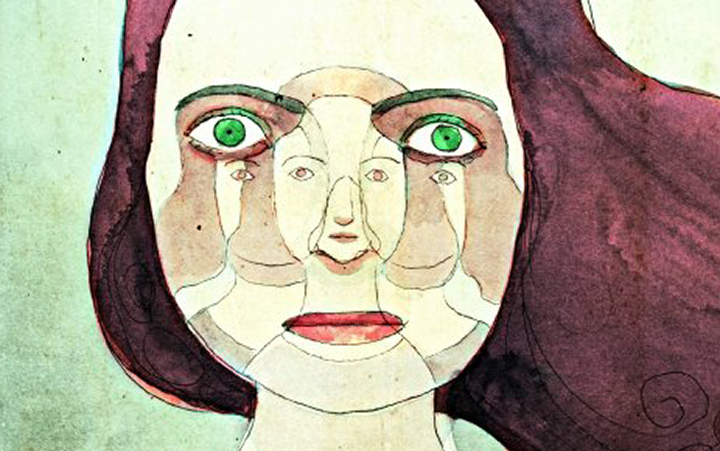 Elena Ferrante has written the great novel—the great four-volume novel—of female friendship that Virginia Woolf dreamed of in A Room of One’s Own. But it’s more complicated than that, for Ferrante’s Naples Quartet is also a post-Freudian allegory of the female soul and of the profound ambivalence a woman experiences in a society that quashes her ambition and dictates the contours of her desire. It is about being both sexually desirous and intellectually trenchant, and about the need for recognition of both aspects of the self. It posits that perhaps only another woman can provide this recognition, but also that any friendship between two women with both of these traits is inevitably riddled with competition and envy. Ultimately, the only sure love is self-love, an absolute necessity for survival; but sadly, more dependable than self-love is the self-hate a rigidly patriarchal society ingrains in women. Ferrante leads the reader to the “new expectations” she insists on nurturing, while also fully satisfying the old ones: suspense, drama, secrets gradually or suddenly revealed, violence, sex, and fully fleshed sociological delineation of a particular place at a particular time.

Preparing to write this post while working on a novel of my own, I reread Ferrante’s The Lost Daughter, the book, she claims, that enabled her to begin the Naples Quartet. One can see why. In it, in miniature, are all the themes of the quartet: friendship among women; motherhood and the enormous inner conflicts it entails; the female body in sex, pregnancy, illness, and dying; the stranglehold of patriarchy and of the criminal underworld in Naples; the longing for solitude and independence coupled with the need for others’ love and approval; the urge to break free of marriage. And finally, having read all seven of Ferrante’s books, what I now see as her two great assertions: that the most vital bonds are those between women; and that the motions of the psyche are intimately connected with the occurrences of the outer world, social and natural. Again and again in Ferrante, there is an exact correspondence between events and objects in the environment, and those arising within the individual.

From now on, no book purporting to be about the sexual and psychic lives of women is likely to fully satisfy if it does not at least glance at Ferrante’s two motifs. To illustrate the first, a passage that has already been quoted by Rachel Donadio in the New York Review of Books: it may be the most heart-piercing scene ever written about unspoken, ambivalent, fraught love between two girls on the cusp of womanhood. Lenú, the narrator, is helping prepare Lila, her “brilliant friend” since early childhood, for her wedding at the age of sixteen: I had never seen her naked, I was embarrassed. Today I can say it was the embarrassment of gazing with pleasure at her body, of being the not-impartial witness of her sixteen year old’s beauty a few hours before Stefano touched her, penetrated her, disfigured her, perhaps, by making her pregnant. At the time it was just a tumultuous sensation of necessary awkwardness, a state in which you cannot avert the gaze or take away the hand without recognizing your own turmoil, without by that retreat, declaring it, hence without coming into conflict with the undisturbed innocence of the one who is the cause of the turmoil, without expressing by that rejection the violent emotion that overwhelms you, so that it forces you to stay, to rest your gaze on the childish shoulders, on the breasts and stiffly cold nipples, on the narrow hips and the tense buttocks, on the black sex, on the long legs, on the tender knees, on the curved ankles, on the elegant feet; and to act as if it’s nothing, when instead everything is there . . . and your heart is agitated, your veins inflamed.
I washed her with slow, careful gestures, first letting her squat in the tub, then asking her to stand up: I still have in my ears the sound of the dripping water, and the impression that the copper of the tub had a consistency not different from Lila’s flesh, which was smooth, solid, calm.

The exacting reader might quibble, here, with grammatical awkwardnesses—or perhaps, flaws in translation. (“Heart is agitated, veins inflamed” should be “Heart is agitated, veins are inflamed.”) Can Lenú “have in [her] ears . . . the impression” of the tub’s consistency as well as the sound of the water? Logically, no, and any writer less otherwise virtuosic, less a ventriloquist of the Vesuvian explosiveness and fluidity of emotions would

leave the reader dubious. (If Ferrante is not a professor of literature, as has been posited by many guessers at her identity, then I feel certain she is a psychotherapist, and a brilliant one.)

But what Ferrante successfully conveys is precisely the inability of the mind to make proper discernments in moments of agitation: “Today I can say it was the embarrassment . . . at the time it was just the tumultuous sensation”—“just”! Such tumult is to be expected, naturally, in adolescence, but also in Ferrante’s volcano-shadowed, Neapolitan world, where “nature” is always subject to upheaval. The Anglo-Saxon reader might sometimes wonder about these people whose lives are governed by perpetual upwellings of anger and desire, who scream obscenities and physically attack their family members. In Ferrante’s world, though, this is what it means to be human.

The parallel between topography and emotion, perpetually implied, becomes explicit during a terrifying seismic event in Book IV, The Story of the Lost Child:

The earthquake . . . of November 23, 1980, with its infinite destruction, entered into our bones. It expelled the habit of stability and solidity, the confidence that every second would be identical to the next, the familiarity of sounds and gestures . . . . [An]other person seemed to have emerged from the churning guts of the earth; she bore almost no resemblance to the friend who a few minutes before I had envied for her ability to choose words deliberately; there was no resemblance even in the features, disfigured by anguish. . . . She exclaimed that she had always had to struggle to believe that life had firm boundaries, for she had known since she was a child that it was not like that—it was absolutely not like that.
Early in the quartet we are introduced to Lila’s pathological struggle to maintain a sense of clear outlines and separate entities. In a rooftop scene, Lenú first suspects that her friend is extraordinary in ways that exceed—or perhaps underlie—her prodigious intellect. But if Lila is sick, hers is the sickness of recognizing that no psyche is singular or circumscribed—the same recognition that spawned Virginia Woolf’s playful Orlando (and there’s no question that Ferrante knows her Woolf) and that here takes a graver form. For all its gravity, however, the revelation liberates as well as imprisons. Lenú and Lila are not separate; they are one, ambivalent person. Each sees the other as her “brilliant friend,” and each exists only in relation to the other. Although life may be easier for those who feel themselves unambivalent, true intelligence—“brilliance”—is the understanding that every one of us is bifurcated, carrying within, or beside us, a friend who is both our enemy and our love. 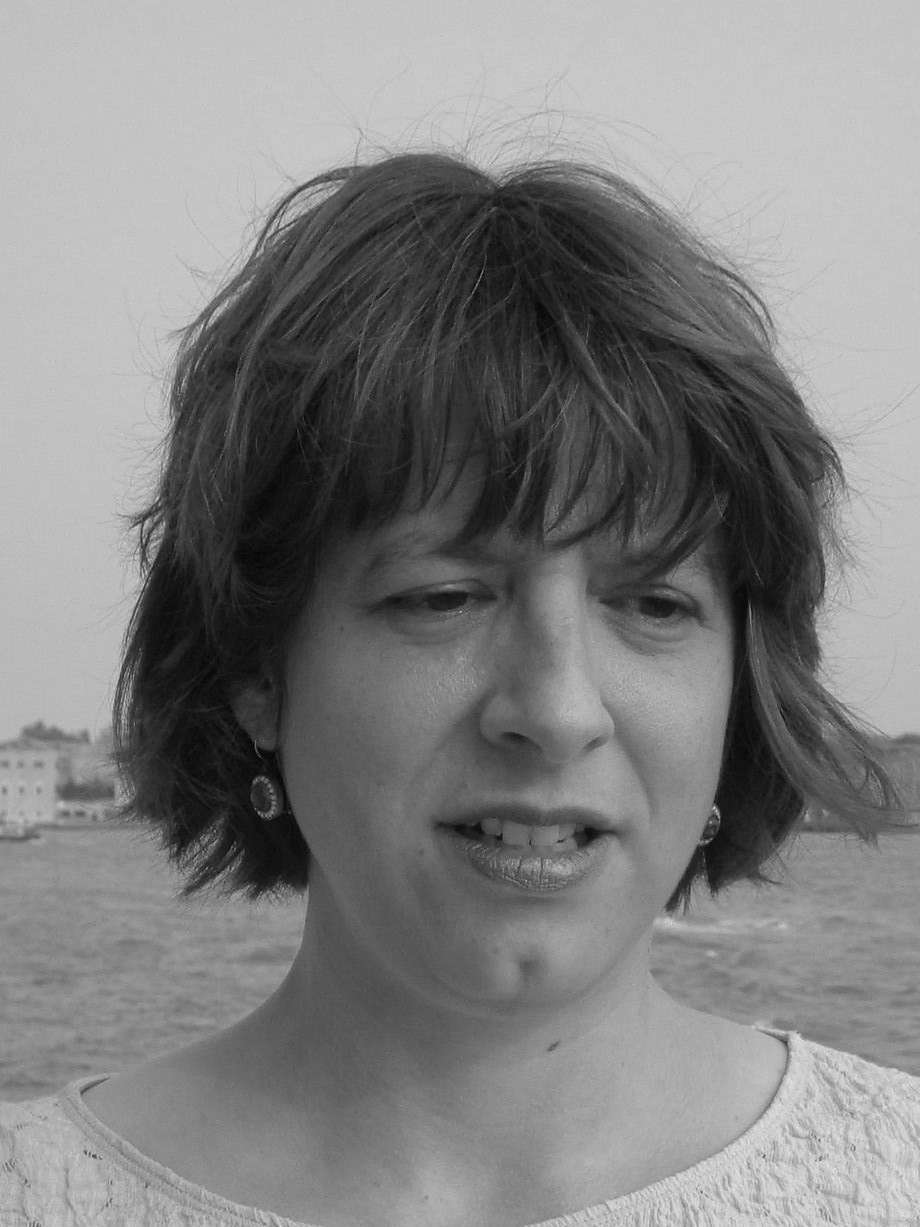 Natania Rosenfeld is the author of a critical book, Outsiders Together: Virginia and Leonard Woolf and a book of poetry, Wild Domestic . Her poetry, essays and fiction have appeared in numerous journals including the American Poetry Review, Raritan, Michigan Quarterly Review, Gettysburg Review, and the Fairy Tale Review. She teaches English at Knox College in Galesburg, Illinois, and divides her time between Galesburg and Chicago.

The Story of the Lost Child, the final book of the Naples Quartet, is reviewed in the March/April 2016 issue of Women's Review of Books