On Difference Feminism and Intersectionality

When I discovered feminist theory in college in the 1980s, I fell madly in love with the idea of women’s difference in all its iterations, from the deconstructive French feminisms of Helene Cixous’ “The Laugh of the Medusa” and Luce Irigaray’s This Sex Which Is Not One to the American empiricism of Women’s Ways of Knowing. I was passionately convinced that we women were different, that we were finally articulating our difference, that we would soon use that difference to transform the world. Never mind that Indira Gandhi and Margaret Thatcher were at that very moment proving that women could be just as bad if not worse than men. Never mind, too, that I was simultaneously enamored of This Bridge Called My Back, which indisputably punctured the bubble of essentialist femininity on which difference feminism based itself. I was in love, and women’s difference was my unshakeable object. I was sure we could work out our issues along the way to happily ever after. 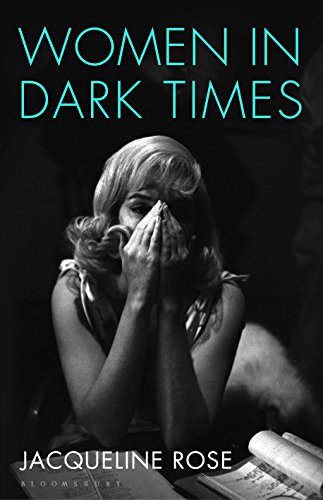 Fast forward three decades, during which I came to understand intersectionality and the historical underpinnings of contemporary feminisms, became skeptical of the value of high theory in the face of political exigencies (see: abortion, violence against women, etc.), and watched many more women rise to economic and political power with little change in the planet’s generally dreadful circumstances. By the time I started reading Jacqueline Rose’s Women in Dark Times for my review in the July/August issue of Women’s Review of Books, I was long since out of love with difference feminism.

“It is time to make the case for what women have uniquely to say about the perils of our modern world,” I read in the second sentence. My post-difference hackles rose. Which women? I wondered. Uniquely? I questioned. At the end of that first paragraph, Rose hails “the knowledge of women,” and my hackles rose higher. Shades of Women’s Ways of Knowing! Perhaps even an explicit reference? Happily, the beginning of the next paragraph seemed to assuage my fears. “I say ‘women’ but of course I mean ‘some women,’” says Rose. “No feminism should claim to speak on behalf of all women.” I sighed in relief. I wasn’t back in 1986. Rose had also learned her intersectional lessons.

Except, it turned out, she may only have learned to give those lessons lip service. Women in Dark Times makes a powerful and passionate brief for an antirationalist approach to the complexities of contemporary oppressions. Rose seeks to explode the divide between the personal and the political, surface the complex depths of personal experience, and render them essential to political solutions (though she never details how, practically, that will work). She also decisively locates this approach in the experiences and voices of “women,” a category left undifferentiated and unexplored. Even in one of the most sophisticated accounts of the complexities of honor killings that I have seen, Rose largely (and, to her credit, with a significant degree of self-awareness) poses gender against ethnicity, and ultimately seeks to defend the importance of a culturally unproblematized feminism in combating honor killings.

Over and over, then, as I scribbled in the margins of the book’s chapters on individual women artists and thinkers, I found myself asking “why women?”—a question Rose puts off until her very last pages, and then answers in terms of, wait for it, sexual difference. As I put it in my review:

The last forty years of intersectional feminist, antiracist, and queer activism and thinking have more than established that gender is far from the only or even the dominant position of otherness, even for women. It must be asked, then, why Rose confines the power of seeing and speech to women. What about people of color, queer and transgender people, Jews? What about David Wojnarowicz, Marlon Riggs, Isaac Julien, and Essex Hemphill, to name just a few?

Ultimately, I fixated on the Jews who haunt Women in Dark Times. The artist Therese Oulton and the women in the chapter on 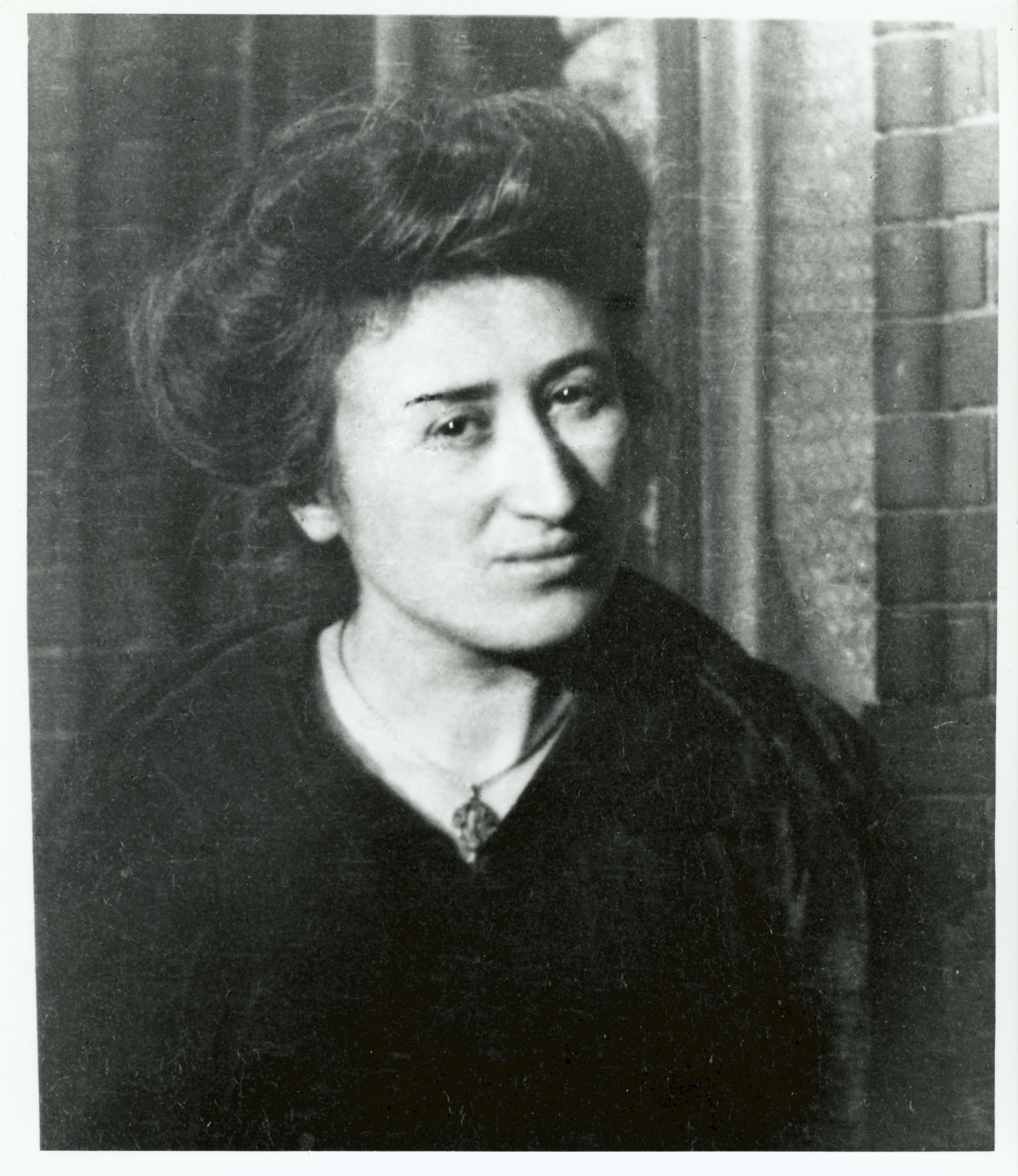 Rosa Luxembourg honor killings are the only subjects of the book who are not Jewish, a commonality Rose never comments upon. Rosa Luxemburg, Charlotte Salomon, Esther Shalev-Gerz, and Yael Bartana were all born to Jewish parents. Marilyn Monroe converted, and Rose makes a point of outlining her interest in Judaism even before her conversion. It becomes hard not to wonder whether “Jew” might be as salient a category as “woman” (and let me mention here, because it seems necessary, that, I too am Jewish, as is Rose).

Where Rose hardly mentions race and sexuality throughout the book, she does, briefly, address Jews. Discussing Yael Bartana’s creation of “an artistic language for the homeless, the stateless and the refugees,” she quotes the philosopher Hannah Arendt, who wrote in “We Refugees,”

"If we should start telling the truth that we are nothing but Jews, it would mean that we expose ourselves to the fate of human beings who, unprotected by any law or political convention, are nothing but human beings. I can hardly imagine an attitude more dangerous."

This formulation places Jews exactly where Rose places women throughout the book: “Orphans of the world, the Jews embodied a truth which—as it was in the process of being hideously confirmed—the world was not yet ready to hear.” In other words, Rose herself argues that the truths about the world’s horrors that she locates in women are—or perhaps were—also found in Jews.

For of course, the Jews, as a people (I am not speaking, of course, of every Jew), transformed themselves from the refugees of the world into the epitome of the violent, nationalist, colonial state (Rose is a well known antizionist). It is tempting to read Rose’s insistence on the radical potential of women (she acknowledges, but then pushes away, the fact that some women are not radical at all) as at least in some part compensatory for the failure of the Jews to realize their radical potential in the state of Israel. Like psychoanalysis, which is not an explicit focus of the book but appears at the end of almost every chapter, the Jews seem to return as Rose’s repressed, pointing to the limits of her insistence on women as the sole repositories of the radicalism she espouses. Indeed, if one of Rose’s interests is how the horrors of the twentieth century occurred, and how they seem to be recurring today, it would seem that psychoanalysis and Jews would be key ways to explore that interest, yet Jews lead to Israel, which is not a place she can let her argument go.

It is tempting, oh so tempting, to seek categorical solutions to the terrible state we’re in, to say that women will lead us or young people or immigrants or African Americans. And yet, too often we have seen the oppressed gain power and reproduce the conditions of oppression. While we need, always, to pay deep attention to the material differences of different people’s experiences (see: rape, police brutality, deportation), we need also to cultivate different ways of thinking across identities, rather than pinning our hopes solely on identity-based differences. 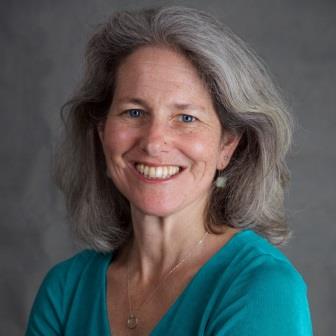 Rebecca Steinitz is a writer, editor, and literacy consultant in urban schools. In a previous life as an English professor, she taught feminist theory and nineteenth-century British literature, and wrote Time, Space, and Gender in the Nineteenth-Century British Novel .