The issue of sex workers’ rights is a fraught one among human rights and social change activists, at some times resulting in vitriolic debate and at others, when we are lucky, leading to a shared understanding of what respect for human dignity means. The most recent example of this heated history is the August 2015 International Council Meeting of Amnesty International, the human rights nongovernmental organization, as it prepared to vote on a proposed policy that would advocate decriminalizing sex work.

The investigation informing the draft policy was serious, in depth, and detailed—as you would expect from an organization with Amnesty’s history of intellectual integrity. Over the course of a few years, Amnesty consulted with sex workers of diverse backgrounds, from both the Global North and the Global South; human rights experts; anti-prostitution groups; LGBTQ organizations; HIV/AIDS experts; feminist and women’s rights organizations; and anti-trafficking advocates. During that time, the organization also conducted its own, original research in Argentina, Hong Kong, Norway, and Papua New Guinea to learn about the consequences of various forms of criminalization on the human rights, health, and safety of sex workers and their families.

Amnesty’s fundamental goal in this inquiry and process was to examine how its policies and positions aligned with its own approach to human rights. It ultimately adopted a resolution that supports the decriminalization of sex work, noting that policing and criminal justice oversight do not advance the human rights of workers in vulnerable situations, but rather put them more at risk for abuse. Arresting sex workers causes them grave harm and in some cases makes them more vulnerable to trafficking.

In fact, the notion that a leading international human rights organization founded on the very principle that the state and the police are often the greatest violators of human rights around the world would then leave sex workers, many of whom are often in incredibly vulnerable situations, to the vagaries of the police and the criminal justice system is utterly baffling. Sex workers around the world have made it clear they are afraid of police and experience human rights violations during all stages of the criminal justice process. Amnesty’s position does not entail new programs, nor does it have implications for government policy. It simply clarifies the stand of Amnesty on the issue of sex work and policing.

The entire episode would have been ignored by most people except those deeply engaged in the issues if the antiprostitution group, Coalition Against Trafficking in Women, had not released a letter in advance of the August Amnesty meeting, urging it to vote against decriminalization. The letter was signed by activists, academics, and movie stars. It was the celebrity angle that focused the media spotlight on Amnesty. This was particularly galling to many sex workers, who experienced it as erasing their life stories and demands for rights, while highlighting the views and voices of often ill-informed entertainers—not to mention of an industry that perpetuates stereotypes and fantasies about sex work.

I found the procriminalization stance of leading women actors such as Meryl Streep, Lena Dunham, and Anne Hathaway particularly bizarre. Given the realities of how women are treated in Hollywood, who can understand better than they the complexities of commodifying one’s own sexuality? Hollywood actresses must consider all kinds of compromises involving their bodies and their sexuality: Should they engage in nude scenes, which can often serve salacious purposes rather than artistic ones? Provide sexual attention and services to people who can advance their careers? Undergo cosmetic enhancements to maintain the appearance of youth? These decisions are deeply personal and appropriately left to the women themselves, who must evaluate their life circumstances and establish their own boundaries. Why would these women advocate subjecting others who must make similar decisions to the oversight of the criminal justice system?

Some well-intentioned people suggest that instead of decriminalizing sex work, we arrest sex workers’ customers. Sadly, this displays a lack of understanding of how the criminal justice system works. Arresting customers puts sex workers, too, at risk of arrest; interrogation; detention; sexual and other abuse at the hands of the police and customers; social stigma; eviction from their homes; loss of mainstream jobs; and in the case of immigrants, deportation. The criminal justice system is a net from which there is almost no escape once you become entangled in it.

Many are concerned about the potential impact of decriminalizing sex work on trafficking, defined as an act of coercion and the creation of a climate of fear in all types of work—although it takes place most often in low-wage sectors such as agriculture, domestic work, sex work, food service, and garment manufacture. Criminalizing sex work has led to the repeated arrest and intimidation of trafficked sex workers, causing trauma and legal problems, and creating distrust of the legal system itself and anyone associated with it, including lawyers and social workers, who might be able to help. When sex work is decriminalized, and people are not afraid of arrest and its consequences, participants in the sex sector, such as taxi drivers, customers, and sex workers, all of whom are well-positioned to identify trafficking when it happens, feel safe enough to come forward and report it. In contrast, placing trafficked persons in the net of the criminal justice system is the opposite of a human rights approach, which relies on the voice and self-determination of the survivor.

Amnesty was courageous in voting to support decriminalization, especially under such intense media scrutiny. Nevertheless, there are plenty of indicators that the vote does not represent an unchallenged step forward in the fight for sex workers’ rights. Since then, New York City has been embroiled in a controversy around the desnudas who walk around topless and decorated with body paint in Times Square in order to be photographed with tourists. The controversy has resulted in increasing policing and harassment of these working women.

On the heels of the desnudas uproar came the federal raid on Rentboy.com, a website advertising the services of male escorts. Notably, the discourse around the Rentboy raid has not included allegations or insinuations of trafficking or coercion or inherent vulnerability; even the New York Times, which can usually be counted on for breathless innuendo around trafficking, editorialized that these male workers should be left alone to do their business.

The debates of this summer offer a huge opportunity to challenge our assumptions and make great change going forward. We’ve learned three things in particular:

1.When it comes to policy and discourse on sex work, we must listen to the voices of the people most directly affected. Since the experiences and ideas of sex workers and trafficking survivors are not monolithic, the conversation must include a wide range of views, especially those of trans people and immigrants, who are often ignored.

2.It’s not enough to talk generally about human rights—we must define them, including what the role of the state is in both protecting rights and in violating them.

3.Gender matters. The Amnesty debate was portrayed as being about women, implying an innate vulnerability, while the discourse on Rentboy, a largely male enterprise, has focused on sexual freedom, discriminatory policing, and the understandable hustle for a living wage.

In fact, as these debates and controversies around sex work move forward, we can all focus on what we are saying about the complex roles of voice, human rights, and gender in the human experience, and use these markers as our guides when we are thinking and talking about controversial issues related to sexuality. 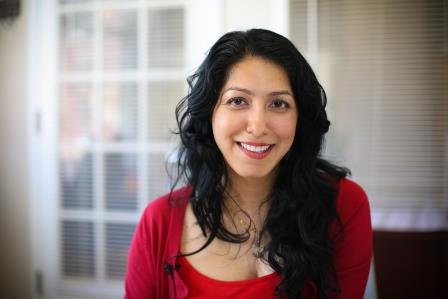 Juhu Thukral is a leading advocate on the rights of women, girls, and LGBTQ people in the areas of sexual health and rights, gender-based violence, economic opportunity, and criminal justice. She is director of law and advocacy at the Opportunity Agenda, and is a founding steering committee member of the NY Anti-Trafficking Network.