An Archive of Intimacy 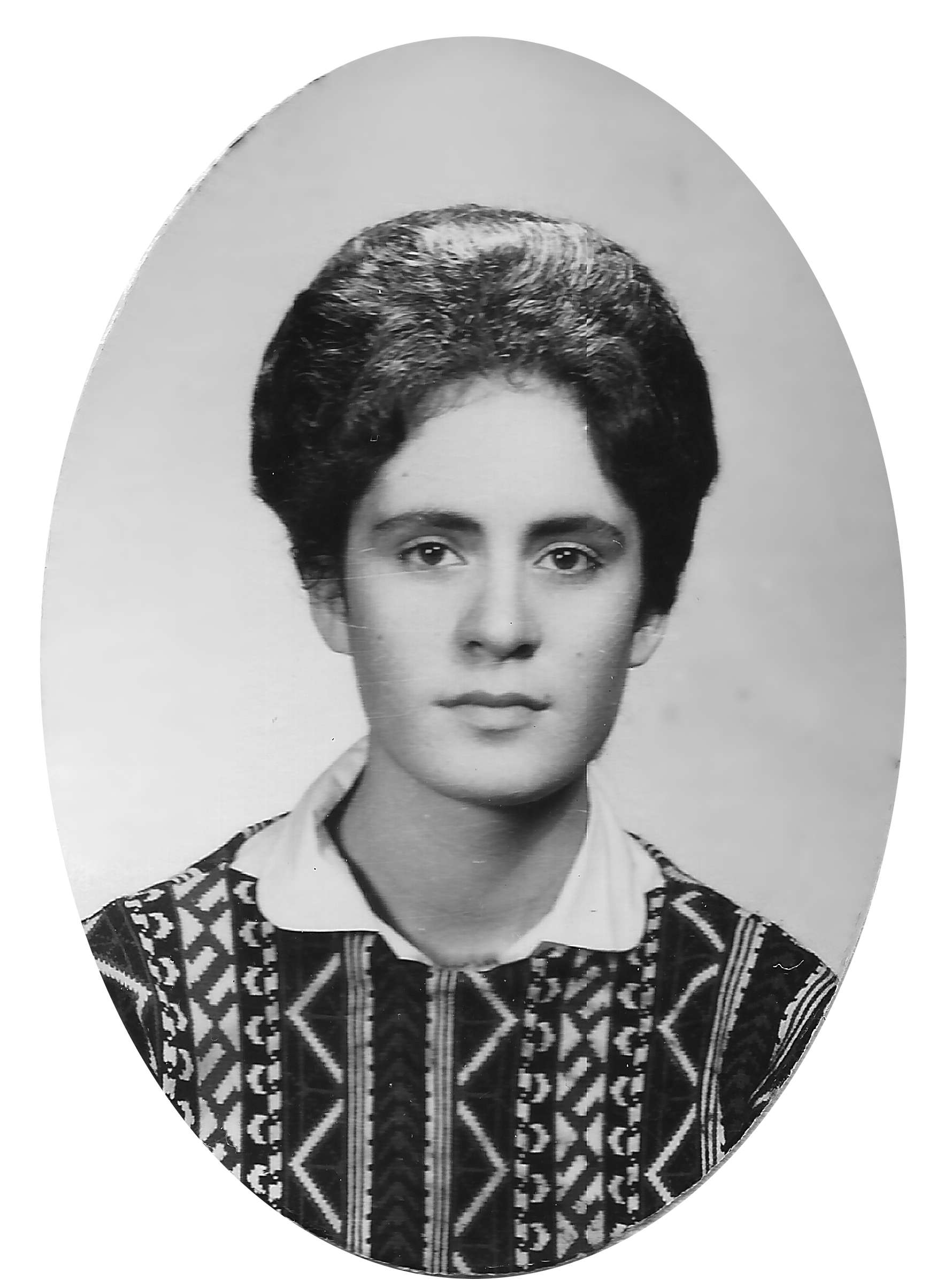 Maria Concepcion Alvarado (Conchita), Miroslava Chavez-Garcia's mother, in 1963At the bottom of my closet sits a neatly organized treasure trove of more than 300 personal 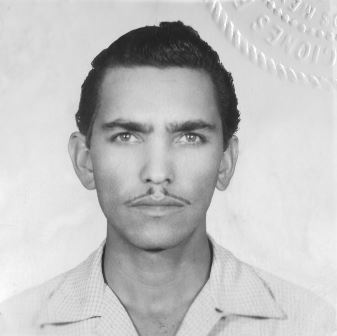 Jose Chavez Esparza, Miroslava Chavez-Garcia's father, around 1957letters written in the 1960s and exchanged among family members across the US-Mexico border. Written in Spanish with sprinklings of English by my mother and father, their brothers and sisters, parents, and friends living in Mexico and the United States, they contain a wealth of insight about the personal, emotional, and intimate relations cultivated across the vast divide. 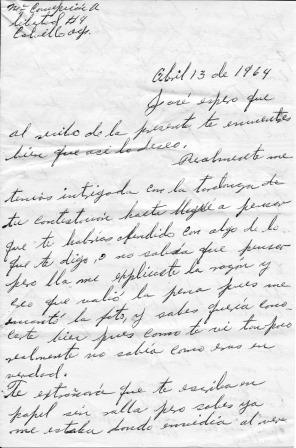 A 1963 letter from Conchita to JoseMore than a collection of experiences, the missives provide an understanding of the most salient social, economic, cultural, and political developments of the day. The letters, as I have found in my effort to write about a slice in the life of my family’s history, are versatile, open to multiple interpretations and applications, and serve as a window onto the hopes and dreams of individuals who sought to improve their lives—and the lives of those they left behind—by migrating across the border. Like all sources, the letters are biased, inconsistent (some are missing, undated, or penned sporadically), manipulative, formulaic, and mundane. Without a richly textured context breathing life into them, they may seem anecdotal, irrelevant, and cut off from the larger trends.

My effort to make meaning of the letters and craft my family’s history and that of migration across the US-Mexico borderlands began in summer 2012, shortly after my tío (uncle), my father’s youngest brother, who raised me and my only brother, rediscovered the letters and placed them in my hands. My uncle had found them in the basement of his house. They had been stored there ever since my brother and I had moved into his home and that of his wife, Beatríz, in 1981, after a horrific car accident took the lives of my parents and paternal grandmother. My brother and I, who were thirteen and twelve years of age, respectively, were also in the wreck, but fortunately we survived with few injuries. In the process of readjusting our lives, as well as those of my uncle and his family (he and Beatríz had two younger daughters), we got rid of most of my family’s belongings, save for family albums, heirlooms, and random knick-knacks. Miraculously, we also hung onto eighty letters exchanged between my parents: 45 from my father and 35 from my mother. So, I was familiar with the letters when my uncle “found” them. I had rediscovered them myself while I was an undergraduate in the late 1980s, but I had been uninterested in these documents handwritten in the Spanish language. Later, over the years, I often thought about them, but unable to find them, I concluded they were lost. I was elated, then, when my uncle brought them to me.

I spent the rest of that summer and fall organizing, transcribing, and translating the letters and formulating an analysis. At the heart of the communication was my father’s desire to court and eventually wed my mother, whom he had met briefly in December 1962, during one of his visits home to Mexico during the holidays. At the time, my father was a single, thirty-year-old Mexican farmworker in the Imperial Valley, one of southern California’s most productive agricultural zones. He had migrated there around 1957 as part of the bracero program, a contract-labor importation program negotiated between Mexico and the United States. The program lasted from 1942 through 1965, as part of the effort to ease a so-called labor shortage in farm work resulting from World War II and, later, the Korean War. The reality was the continued need and desire for a cheap, controllable, and dispensable labor force.

By the time my father began his campaign to win my mother’s heart and hand in marriage, he had obtained his green card, or permanent 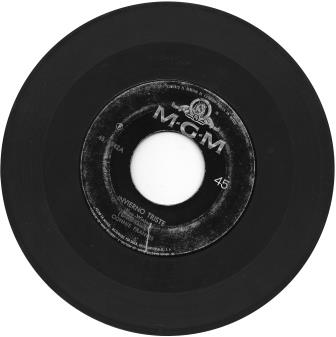 "Invierno Triste" (Blue Winter) by Connie Francis, a favorite of Jose and Conchita's residency. He was lonely and likely tired of living among men only—since the bracero program excluded women, for fear that they would bring their families with them and attempt to settle permanently in the US. Doubtless, he was looking for the emotional, sexual, and domestic comforts a heterosexual woman and family could bring him. My mother, though, was an eighteen-year-old on the verge of graduating from secundaria (secondary school)—which at the time was an uncommon feat for young women living in rural areas. She was planning her future education and career, and was not interested in marriage—although she was intrigued by the attention of the courtship and allowed my father to continue to write to her as a “friend.” He had other plans. He told her repeatedly and elaborately of his desire to make her his wife.

As I was completing my research and analysis and situating my parents’ letters in a broader historical, social, and economic context—primarily that of the experiences of Mexicans who migrated to the US in the 1960s—my uncle mentioned that he, too, had some missives from his earlier days and was willing to let me see them. He had sent and received most of these letters when he first came to the United States, following in the footsteps of his older brothers, including my father, with whom he lived while my father was courting my mother through his own letter writing.

After several searches in the basement, my uncle, with me by his side, found the trunk—or really, the treasure chest—containing the remaining 230 or so letters that would eventually make up my archive. I immediately set out to organize them and quickly realized that they contained the missing pieces that would allow me to situate my parents’ epistolary relationship in a broader web of intimate relations and social networks. Miraculously—I have no other word for it—my uncle’s letters and my parents’ were written during the same time, in the 1960s, and to many of the same the people. Among my uncle’s collection were sets of notes between him and his father—my grandfather—who had remained in Mexico and was quite prolific and vociferous in his correspondence; between my uncle and my father; between my uncle and his girlfriend, who was my mother’s older sister and had been left behind when he had migrated to the United States; between my uncle and his mother, who used her daughter as a scribe to write the letters; and between my uncle and his many male friends, who had also stayed in Mexico and wanted to hear about the riches, cars, and girlfriends he had accumulated in el norte.

I realized then, as I do so even more today, that the letters provided a rich, once-in-a-lifetime opportunity for a glimpse into the lives of people—my parents as well as members of their families and larger community—I hardly had known as a child and never had the opportunity to know as adults. While I must preserve some scholarly distance from the letters, as we do with any source material, and as I have been reminded repeatedly by the colleagues with whom I share my work, I have spent and continue to spend time thinking about the intimacy of the missives and what they can tell us about both individual lives and those of the broader community of migrants—their hopes, dreams, and longings. They desired to improve not only their personal and economic lives but also their emotional lives and intimate relationships. As of today, I have produced an essay that will appear in the Western Historical Quarterly, as “Migrant Longing, Courtship, and Gendered Identity,” and have drafted a five-chapter manuscript, “Migrant Longing and Letter Writing Across the Borderlands,” that needs more love and scholarly attention.

In the meantime, I keep the letters in my closet and digital copies on my computer and await the day I finish my book so that I can share the letters in an online archive or repository. 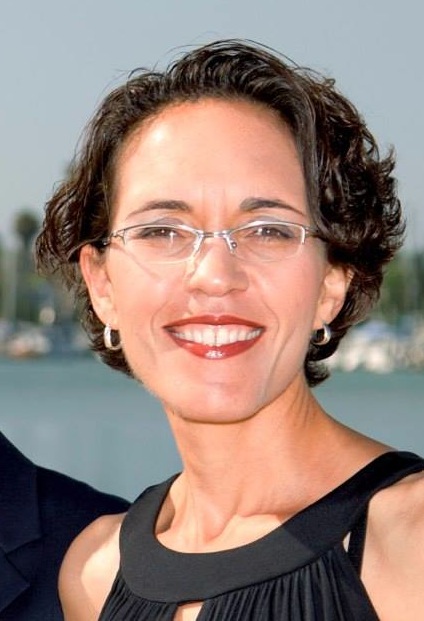 Miroslava Chávez-García is professor in the Chicana and Chicano Studies Department at the University of California at Santa Barbara. She is the author of States of Delinquency: Race and Science in the Making of California’s Juvenile Justice System and Negotiating Conquest: Gender and Power in California, 1770s to 1880s. She is currently working on a history of migration, longing, and gender, as told through 300 personal letters exchanged among family members in the 1960s across the US-Mexico borderlands. She reviewed Sandra Cisneros’s memoir, A House of My Own, in the January/February issue of Women’s Review of Books.


All photographs and scans are by Ebers Garcia.