An Invitation to Post-Oppositional Thinking 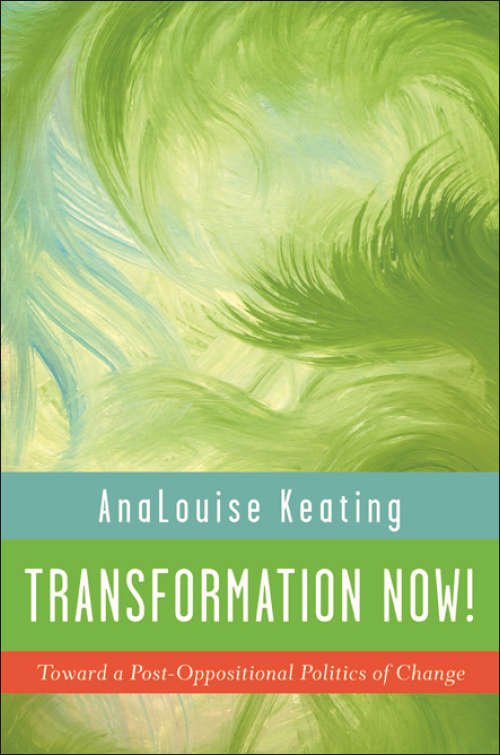 How is it that we humans can have wisdom traditions stretching back thousands upon thousands of years, and yet still be so limited in our thinking and so violent in our treatment of each other? Why have we not learned that violence is not an effective solution, that anger—while often momentarily satisfying—can be incredibly destructive and rarely solves the situations against which we rage? Questions such as these led me, a few years ago, to write Transformation Now!

I was impatient with the slow pace of change and concerned by the ways feminist and other social justice work often remains locked in oppositionality—us-against-them. All too often, oppositionality creates either/or systems of thinking that limit our options to two extremes: Either I’m right and I win; or you’re right and you win. This binary structure flattens out commonalities, reducing them to sameness: our views are either entirely the same or they’re entirely different. And, if our views are not the same (even if they’re only slightly different), then one of us must be Right and the other Wrong. There’s no room for contradiction, for overlapping perspectives and friendly disagreements, for building new truths, or for whatever other complex approaches we might invent. Instead, we remain locked into our existing opinions, to which we cling with fierce determination. In so doing, we generally reinforce the status quo.

To be sure, oppositional politics have been vital, enabling us to survive under hostile conditions and make important social change. However, I question their long-term effectiveness.

Oppositional thinking limits our vision for change, restricts our options, and inhibits our ability to create transformational alliances. We become trapped within the very system we’re trying to change. Oppositional energies can mislead us into a reactionary stance. Rather than think for ourselves and reflect on the most effective ways to address the situation at hand, we automatically fight back, trying to dish out more than we or our allies have received. In addition to inhibiting our ability to develop and implement innovative strategies for progressive social change, oppositional thinking can erode our alliances and communities. As Chela Sandoval demonstrates in Methodology of the Oppressed oppositional politics often fragment from within, damaging both the individual and the group.

My point in writing Transformation Now! was not to reject oppositionality (because, ironically, simply to reject it would be oppositional). Instead, I drew on the work of Gloria Anzaldúa and other US women of color to explore alternative possibilities. Take, for example, Anzaldúa’s participation at the 1990 National Women’s Studies Association (NWSA) annual conference. Many women of color who attended were hurt by the organization’s racism—its limited attention to their needs; its narrow (white-raced, middle-class) definition of “women’s issues” and “women’s studies”; its tokenization of certain women of color and its silencing of others. When they experienced additional marginalization at the conference, they walked out. Deeply wounded by years of dismissive treatment from an organization promising sisterhood, they responded by rejecting the organization. Their tactic is understandable. It was justified and necessary: they did what they needed to do to preserve their integrity. But they enacted the typical oppositional politics of the time.

Anzaldúa made a different choice. She remained at the conference and did not align herself exclusively with any one side. Instead, she redefined the conflict as more complex than an us-against-them situation and worked to create inclusive dialogues where participants could respectfully reflect on multiple perspectives. She and other mediators invited participants (combatants) to witness to all sides of the conflict and, through this witnessing, to develop solutions. Anzaldúa didn’t deny or discount her compañeras’ oppositional perspective; nor did she defend the NWSA leadership or white-raced feminists in general. She fully understood why so many women of colors felt compelled to leave, and she agreed with their assessment of NWSA’s limitations. However, by holding the various perspectives in tension, she opened a space to generate new possibilities for transformation. Years later, she returned to this experience and developed it into her theory of nepantleras (transformational mediators, or “in-betweeners”) which she discusses in her contribution to this bridge we call home: radical visions for transformation.

I describe Anzaldúa’s approach as “post-oppositional.” As I use the term, it means ways of thinking and acting that incorporate the lessons of oppositional politics but do not become trapped in them. Although post-oppositionality can take numerous forms, they all share several traits:

Idle No More, the First Nations grassroots movement that began in December 2012, in response to proposed Canadian parliamentary legislation that violated treaty agreements and environmental protections, illustrates some of the forms post-oppositionality can take. Idle No More calls for “peaceful revolution,” which it enacts through tactics such as teach-ins, social media information sharing, ceremonies for the land, workshops, blockades, round dances, and so on.

I’m not a patient person. When I witness, experience, or am confronted with racism, sexism, homophobia, imperialism, colonialism, or other forms of social injustice, I get so angry! I want to fight back. I want to react oppositionally—to condemn and reject the ignorant views, the stereotypes, the oppressive treatment. I’ve been fighting back for years, but my oppositionality has not effected the transformation I believe we need, which is why I’m now trying to learn from Anzaldúa, from movements like Idle No More, and from indigenous worldviews more generally. Transformation Now! is my invitation to myself and readers to move beyond oppositionality, to create more inclusive communities, and to invent strategies for social change that do not become trapped in us-against-them thinking. 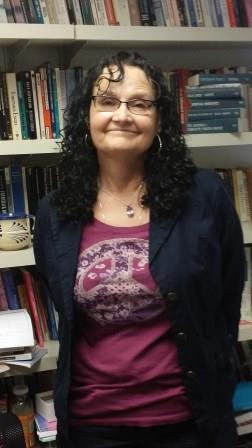 AnaLouise Keating is a professor of Women’s Studies at Texas Woman’s University, where she teaches courses on feminist, womanist, and indigenous epistemologies, feminist/womanist theories, Gloria Anzaldúa, womanist spiritual activism, and women’s and gender studies as an academic (trans)discipline. In addition to Transformation Now! she has written or edited eight books, including Teaching Transformation and The Gloria Anzaldúa Reader..