Pakistan Is Different—or Is It?

By Gayatri Devi for WOMEN = BOOKS 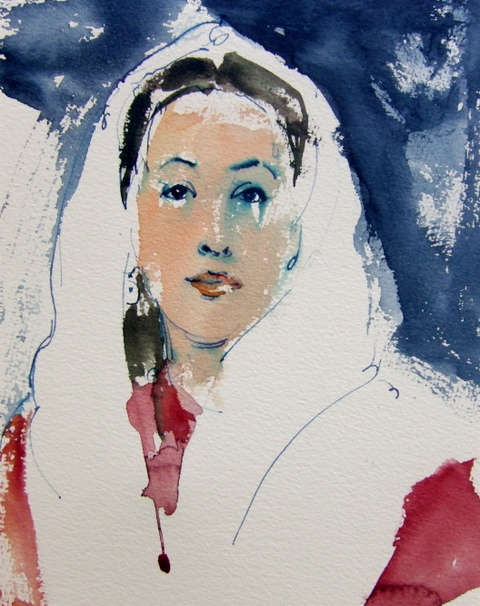 Everything I read and heard about Pakistan, as a child growing up in India, emphasized that life in Pakistan was different.

Days and nights were different; food, clothing, how we prayed, what we wore, where we worked, how parents and children related to each other, how men thought of women, how women thought of men, the rituals of courtships, how men and women weathered relationships and marriages—all were different than in India. (But Indians also had it slightly better, we were told.)

We were one people before the Partition, and now we were next-door neighbors, but somehow my generation of Indians was taught to have stranger anxiety over Pakistan. Part of the intellectual deficit suffered by a post-colonial nation such as India is that we know more about our erstwhile masters—the British and other European nations—than we do about ourselves and our neighbors. Growing up, I did not have as much opportunity to read Pakistani literature or understand Pakistani culture as I did the literature and culture of the U.K., Europe, or even America.

My first real introduction to Pakistani culture, history, and its literature was Sara Suleri’s Meatless Days, which I read in grad school at least twenty years ago. It totally absorbed me with its sensuous evocation of a world of swollen emotional bonds—primarily between women—that felt instantly familiar as well as enticingly varied—your grandmother’s hand instead of mine, but one reminds you of the other. I immediately bought three copies of the book and gave them to my mother and two of my dearest friends in India.

An excerpt from Suleri’s memoir—“Excellent Things in Women”— is featured in Muneeza Shamsie’s anthology And the World Changed: Contemporary Stories by Pakistani Women, which I review in the July/August 2010 issue of WRB. Suleri’s anecdote about a pet goat that her grandmother, Dadi, sacrifices for Eid not heeding the protest of Suleri’s western-educated parents—and the appeals of the children who saw the animal as a pet—is a testament not only of tradition but also of fundamental differences between the East and the West.

“That goat was still smiling the following day when Dadi’s victory brought the butcher, who came and went just as he should on Eid. The goat was killed and cooked. A scrawny beast that required much cooking and never melted into succulence, he winked and glistened on our plates as we sat eating him on Eid. Dadi ate, that is. Papa had taken his mortification to some distant corner of the house; Ifat refused to chew on hemp; Tillat and Irfan gulped their baby sobs over such a slaughter. ‘Honestly,’ said Mamma, ‘honestly.’”

The twenty-five stories featured in this anthology present us with a gamut of women’s voices by writers spanning three generations.  At least one third of these stories is set in Pakistan while the rest of the stories represent the lives of the Pakistani diaspora in the U.K. and the U.S. Many of the diasporic stories tell of themes familiar to readers of South Asian fiction in English, but some of these stories treat them with a boldness that gives a new spin to cultural differences.

Soniah Kamal’s “Runaway Truck Ramp,” for instance, revolves around sexual practices that apparently do not cross over from culture to culture, even in the throes of serious making-out. Kamal tells this story of what gets lost in cross-cultural translation from the point of view of a American woman dating a Pakistani man; ultimately, it is this empathy for the female experience and female imagination that unites the many worlds represented in this anthology.

I enjoyed reading these stories and reviewing them for WRB; it is always exciting to discover new voices. I particularly want to draw your attention to Uzma Aslam Khan’s story “Look, But With Love.” I was so impressed with this little story that I was really delighted to review Khan’s new novel Geometry of God for World Literature Today.

Also check out Qaisra Shahraz’s “A Pair of Jeans.” Shahraz has captured the instantaneous and subterranean crumbling of cultural bridges over something so slight as an article of clothing.

Gayatri Devi is an Assistant Professor of English at Lock Haven University of Pennsylvania, where she teaches world literatures and linguistics. She maintains a blog on miscellaneous topics called Kaivalya.

Read Gayatri Devi’s review of And the World Changed: Contemporary Stories by Pakistani Women in the July/August 2010 issue of WRB.