Beyond God the Style Guide: Me? Edit Mary Daly?

I'm a copyeditor by trade, and a major fan of Mary Daly, but I'm glad I didn't have to copyedit Gyn/Ecology or Outercourse or Amazon Grace. Why? Consider this gem from Gertrude Stein, hiding in the endnotes to Outercourse, Mary's 1992 autobiography:

"Sometimes one feels that Italians should be spelled with a capital and sometimes with a small letter, one can feel like that about almost anything."

The Copyeditorial Chorus protests, in rare unison: "Horrors! What if everyone did that? Capped and lowercased as the spirit moved them, never consulted the Chicago Manual of Style or spared a thought for the poor reader faced with this monstrous inconsistency?"

Well, it makes me a little nervous too, even though I'm the kind of copyeditor who argues with the dictionary, cheerfully makes exceptions to Chicago, and lets my authors do pretty much what they want as long as it makes sense and will (probably) pass muster with the publisher.

None of these authors use caps, hyphens, and slashes with anything close to Dalyesque abandon. "Abandon" is the right word: I just looked it up in Merriam-Webster's Collegiate Dictionary. "A thorough yielding to natural impulses, esp : enthusiasm, exuberance."

But Mary Daly's abandon was never reckless. Mary turned conventions inside out and bent them over backwards. She played with words and let them loose to play with each other. But by the time she submitted a manuscript to its publisher, it was the way she wanted it to Be, at least at that Moment. (Note to Gertrude S.: You were right about the capital letters.)

What if I had had to copyedit Mary Daly? How could I have known whether a cap was intentional or a typo or maybe the result of considerable self-second-guessing and hence worthy of a third look?

When editing, I regularly make suggestions that aren't backed up by Chicago, any usage guide, or the dictionary. I know the rules as well as any competent copyeditor, but it's the muses who whisper in my mind when the word a writer used might not be exactly what the writer meant.

The perils of this approach are real. The challenge is to know when the whispering comes from the muses and when it comes from a preconceived notion of what the writer ought to be saying. Many writers have a favorite Copyeditor from Hell story, and I can only hope that I'm not the subject of any of them.

As a writer, I know that writing is always in process. Good writers are always feeling their way toward the words that convey what they mean to say. Sometimes they don't know what they meant to say till they read what they've just written.

So if an alternative occurs to me while I'm editing, I offer it to the writer. Even when a writer doesn't adopt it, often it'll push, prod, nudge, or kick her into coming up with something better than both my suggestion and her own original. That's how editing works, and why good writers value good editing. When I'm in sync with an author, I can sense uncertainties and substandard choices. But this being in sync depends significantly on convention—that the author and I know more or less the same conventions and have compatible vocabularies.

When a writer strikes out well beyond familiar territory, undermining multiple conventions in the process, she's working without a safety net. The friends and colleagues who read her work in progress can help, but even they can't know where the writer is going, because the chances are good the writer herself isn't 100% sure either.

The copyeditor comes to the text with minimal preparation, just as many readers will after the book is published. Copyeditors have license to be obtuse, to admit we don't get something, to ask for clarification. And writers have license to decline to clarify, to say that not all writing is meant to slide down your gullet like your favorite ice cream.

From Church and the Second Sex onward, Mary Daly was continually improvising words and imagery to convey what hadn't been conveyed before, and to examine ideas taken for granted for so long that they actively resisted exploration. Breaking trail is demanding and exhausting work. Being among the first to follow in a freshly broken trail isn't exactly like traveling a paved road either.

To be sure, style and usage conventions are indispensable. They're like the default settings in computer software: for most users most of the time, most of the defaults work very well, and they free the mind to grapple with more important stuff.

Sometimes, though, they trip you up or, worse, drag your writing where you don't want it to go. (Think of the old convention, now widely discredited, that the masculine pronoun in English is generic and inclusive of women.) Reading Mary Daly is a reminder to editors and readers alike that sometimes we've got to let the writer break the trail.

Having come back to Mary Daly after an estrangement of more than two decades, I find myself looking askance at the default conventions I've been applying all these years. Intuitive capping may annoy me on occasion but it doesn't lead immediately to the collapse of the sky or the English language. After a while it's barely more noticeable than the proper use of Commas and Semicolons.

Give it a try. After you get done blustering about the outrageousness of "Be/Leave," a favorite Daly coinage, doesn't it make you look at be, leave, and believe from a slightly different angle? 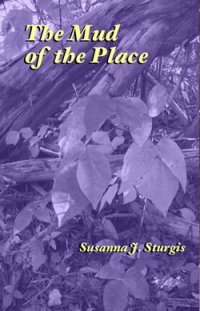 Susanna J. Sturgis is the author of The Mud of the Place (2008), a novel set on year-round Martha's Vineyard, where she has lived for the last 25 years. She's currently trying to make sense of her life in a personal/political memoir, To Be Rather Than to Seem. Her website, www.susannajsturgis.com, features excerpts from the memoir, a bloggery, reprints of her feminist essays, and lots of dog pictures. She makes her living as a freelance editor and copyeditor.