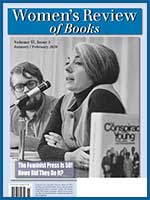 Cage the Elephant Uproarious: How Feminists and Other Subversive Comics Speak Truth By Cynthia and Julie Willett
Reviewed by Maeve Higgins

Duty to Repair Love WITH Accountability: Digging Up the Roots of Child Sexual Abuse By Aishah Shahidah Simmons
Reviewed by Jamia Wilson

Pleasure in Times of Darkness A Death in Harlem By Karla FC Holloway; Side Chick Nation By Aya de León
Reviewed by Rochelle Spencer

Poetry Pink Etiquette By Leslie McGrath; Not in this Lifetime By Jo-Ann Mort: COMMENTARY by Katha Pollitt

The Great Suppression For the Love of Men: A New Vision of Mindful Masculinity By Liz Plank
Reviewed by Carol Blair

Found in Translation Me & Other Writing By Marguerite Duras; Made in Saturn By Rita Indiana
Reviewed by Lindsay Semel 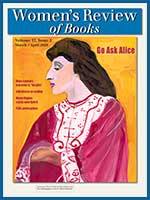 Stein Way The Autobiography of Alice B. Toklas Illustrated By Gertrude Stein; illustrations by Maira Kalman
Interview by Tahneer Oksman

Cohog Wild Yale Needs Women: How the First Group of Girls Rewrote the Rules of an Ivy League Giant By Anne Gardiner Perkins
Reviewed by Susan B. Marine

Burning Questions Hood Feminism: Notes from the Women that a Movement Forgot By Mikki Kendall
Reviewed by LaToya Council

On the Nightstand Julia Alvarez on Stack Hierarchies, Scheherezade, and Reading with No Strings Attached 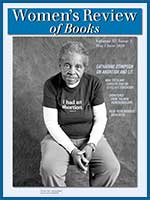 The Eye Beauty By Christina Chiu Reviewed by Heather Hewett

Cartoon At the Baths By Anna Christine

Field Notes the Mean(ing)s of Production By Jacqueline Zeisloft

A PhD in Survival Degrees of Difference: Reflections of Women of Color on Graduate School Edited by Kimberly D. McKee and Denise A. Delgado
Reviewed by Carolyn Choi

On the Nightstand Roya Marsh on: Black Girl Magic, Knock-Knock Jokes, and Reading with Students in Mind 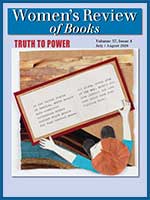 Just Friends Big Friendship: How We Keep Each Other Close By Aminatou Sow and Ann Friedman
Reviewed by Grace Ebert

The Gift of a Horse Horse Crazy: The Story of a Woman and a World in Love with an Animal By Sarah Maslin Nir

Beginnings and Ends We Had No Rules: Stories By Corinne Manning
Reviewed by Kait Heacock

Essay-Notes from the Pause By Laurie Stone

Stuff and its Discontents Things Worth Keeping: The Value of Attachment in a Disposable World By Christine Harold
Reviewed by Lydia Pyne

Listen Up In Praise of Shelfies By Leora Tanenbaum

On the Nightstand Wayétu Moore on What She’s Been Reading 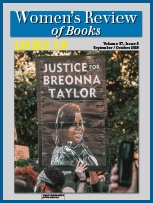 The Art of Passing The Vanishing Half By Brit Bennett
Reviewed by Jasmine M. Sanders

Escapology A Kick in the Belly: Women, Slavery and Resistance By Stella Abasa Dadzie
Reviewed by K. Avvirin Gray

Material We Want Our Bodies Back: Poems By Jessica Care Moore
Reviewed by Osarugue Otebele

Scrutinized, But Never Seen Such a Fun Age By Kiley Reid
Reviewed by Savanna Ramsey

Just Who Is This "Us"? Just Us: An American Conversation By Claudia Rankine
Reviewed by Kim Mayo

Listen Up "Zoom" An Essay By Laurie Stone 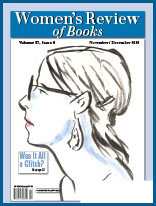 Personal Jesus The Secret Lives of Church Ladies By Deesha Philyaw
Reviewed by Mariam I. Williams

Plathology Mary Ventura and the Ninth Kingdom: A Story By Sylvia Plath; Red Comet: The Short Life and Blazing Art of Sylvia Plath By Heather Clark
Reviewed by Lisa Mullenneaux

Strike Force Feminist International: How to Change Everything By Verónica Gago, Translated By Liz Mason-Deese
Reviewed by Laura V. Eley

Black Magic The Dark Fantastic: Race and the Imagination from Harry Potter to the Hunger Games By Ebony Elizabeth Thomas
Reviewed by Chimene Ntakarutimana

Listen Up Postcard From Now, SEPTEMBER 29, 2020 By Laurie Stone