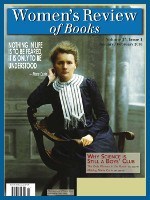 The Woman You've Never Heard of Who's The Reason You Practice Yoga
The Goddess Pose: The Audacious Life of Indra Devi, the Woman Who Helped Bring Yoga to the West By Michelle Goldberg
Reviewed by Heather Hewett

The Mess They Leave Behind
Irrepressible: The Jazz Age Life of Henrietta Bingham By Emily Bingham
Reviewed by Carla Kaplan

Becoming One of Them
The Lioness in Winter: Writing an Old Woman’s Life By Ann Burack-Weiss
Reviewed by Ruth Ray Karpen

Are Scientists Human?
The Only Woman in the Room: Why Science is Still a Boys’ Club By Eileen Pollack
Reviewed by Allie Rubin

Photography
Images of Transition
Photography by Claudine Doury and Commentary by Marie-Christine Guyot
Translated by Ellen Feldman. Click here for the Commentary in French.

Spanning Class and Country
The Story of My Teeth By Valeria Luiselli, translated from the Spanish by Christina MacSweeney
Reviewed by Martha Gies

Revealing Ourselves to Ourselves
A House of My Own: Stories from My Life By Sandra Cisneros
Reviewed by Miroslava Chávez-García

The Age of Curie
Making Marie Curie: Intellectual Property and Celebrity Culture in an Age of Information By Eva Hemmungs Wirten
Reviewed by Sally Gregory Kohlstedt 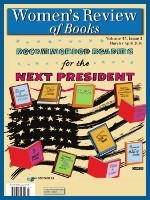 One in Two, Two in One
The Story of the Lost Child By Elena Ferrante
Reviewed by Lisa Mullenneaux

Cartoon
In Reference To
By Whit Taylor

Singing for the Revolution
A Radical Life in Song: A Memoir By Ronnie Gilbert
Reviewed by Alix Dobkin

The History of Violence
The Beginning and End of Rape: Confronting Sexual Violence in Native America By Sarah Deer
Reviewed by Jody Raphael 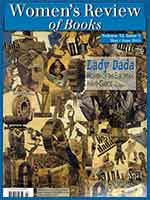 Gifts from the Goddess of Jurisprudence
Sisters in Law: How Sandra Day O’Connor and Ruth Bader Ginsburg Went to the Supreme Court and Changed the World By Linda Hirshman
Notorious RBG: The Life and Times of Ruth Bader Ginsburg
Reviewed by Ruthann Robson

The Interminable Abortion Wars
Abortion After Roe By Johanna Schoen;
After Roe: The Lost History of the Abortion DebateBy Mary Ziegler
Reviewed by Rickie Solinger

Attention Must Be Paid
On Becoming a Teen Mom: Life Before Pregnancy
By Mary Patrice Erdmans and Timothy Black; System Kids: Adolescent Mothers and the Politics of Regulation
By Lauren J. Silver
Reviewed by Ruth Sidel

Mental Illness Then And Now
White Matter: A Memoir of Family and Medicine
By Janet Sternburg; The Last Asylum: A History of Madness in Our Times
By Barbara Taylor
Reviewed by Katherine Hayes

Possessed By Demons
The Strange Case of Ermine de Reims: A Medieval Woman Between Demons and Saints
By Renate Blumenfeld-Kosinski
Reviewed by Christina Stern

Claiming An Identity
The Gay Revolution: The Story of the Struggle
By Lillian Faderman
Reviewed by Audrey Bilger

Field Notes Across The Generations
By Robin Becker

Searching For Home
Fanny Says By Nickole Brown; My Crooked House By Teresa Carson; The Republics
By Nathalie Handal
Reviewed by Carol Bere

Delayed, But Not Forgotten
In Certain Circles
By Elizabeth Harrower
Reviewed by Jessica Jernigan

Plan A And Plan B
Love’s Promises: How Formal and Informal Contracts Shape All Kinds of Families
By Martha Ertman
Reviewed by Dana Rudolph 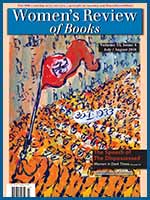 From Scandal to Recovery
Lady Byron and Her Daughters By Julia Markus
Reviewed by Pamela S. Bromberg

Hair
Dressing for the Culture Wars: Style and the Politics of Self-Presentation in the 1960s and 1970s By Betty Luther Hillman
Reviewed by Kimberly Chrisman-Campbell

An Avant-Garde Life
Edgewise: A Picture of Cookie Mueller By ChloÃ© Griffin
Reviewed by An Paenhuysen

The Cult of Forbidden Thoughts
The Big Green Tent By Ludmila Ulitskaya, translated by Polly Gannon Reviewed
by Beth Holmgren

A Rediscovered Poet for our Time
Anything that Burns You: A Portrait of Lola Ridge, Radical Poet By Terese Svoboda
Reviewed by Margaret Randall

Constructing Identity up Against a Wall
Bitter Almonds By Lilas Taha;
The Blue Between Sky and Water By Susan Abulhawa;
A Curious Land By Susan Darraj;
Ali and His Russian Mother By Alexandra Chreiteh, translated by Michelle Hartman
Reviewed by M. Lynx Qualey

Just the Facts
Galileo's Middle Finger: Heretics, Activists, and the Search for Justice in Science By Alice Dreger
Reviewed by E.J. Graff 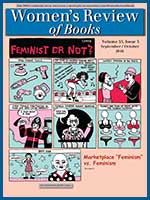 Unfun Feminism
We Were Feminists Once: From Riot Grrrl to Covergirl®, the Buying and Selling of a Political Movement By Andi Zeisler
Reviewed by Paula Kamen, Illustrations by Jennifer Camper

Aging in the Twenty-First Century
They May Not Mean To, But They Do By Cathleen Schine
Reviewed by Valerie Miner

The Hubbub of Life The Japanese Lover
By Isabel Allende, translated by Nick Caistor and Amanda Hopkinson
Reviewed by Eileen Mary O’Connor

Wait All
The Single Ladies: Unmarried Women and the Rise of an Independent NationBy Rebecca Traister
Reviewed by E. Kay Trimberger 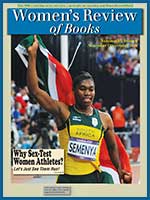 "Muslimwomen," Journalists and scholars
Excellent Daughters: The Secret Lives of Young Women Who Are Transforming the Arab World By Katherine Zoepf
Reviewed by Lila Abu-Lughod

How do you Solve a Problem Like Svetlana?
Stalin’s Daughter: The Extraordinary and Tumultuous Life of Svetlana Alliluyeva By Rosemary Sullivan
Reviewed by Lesley Rimmel

When is a Girl not a Girl?
Sex Testing: Gender Policing in Women’s Sports By Lindsay Parks Pieper
Reviewed by Laura Pappano

The Dancer from the Dance
The Naked Result: How Exotic Dance Became Big Business By Jessica Berson
Reviewed Lauri Umansky

The Difficulty of Solidarity
Striking Beauties: Women Apparel Workers in the US South, 1930-2000 By Michelle Haberland
Reviewed by Priscilla Murolo

Unreconciled
Chasing Ghosts: A Memoir of a Father, Gone to War By Louise DeSalvo; Mysteries of Love and Grief: Reflections on a Plainswoman’s Life By Sandra Scofield; The Latter Days: A Memoir By Judith Freeman
Reviewed by Rebecca Hussey

The Tragedy in the Breakfast Nook
This Angel on My Chest: Stories By Leslie Pietrzyk The Grass Labyrinth: Stories By Charlotte Holmes
Reviewed by Kelly Cherry