Evolutions of Womanism: From West African Roots to Emerging Ideas in the Caribbean 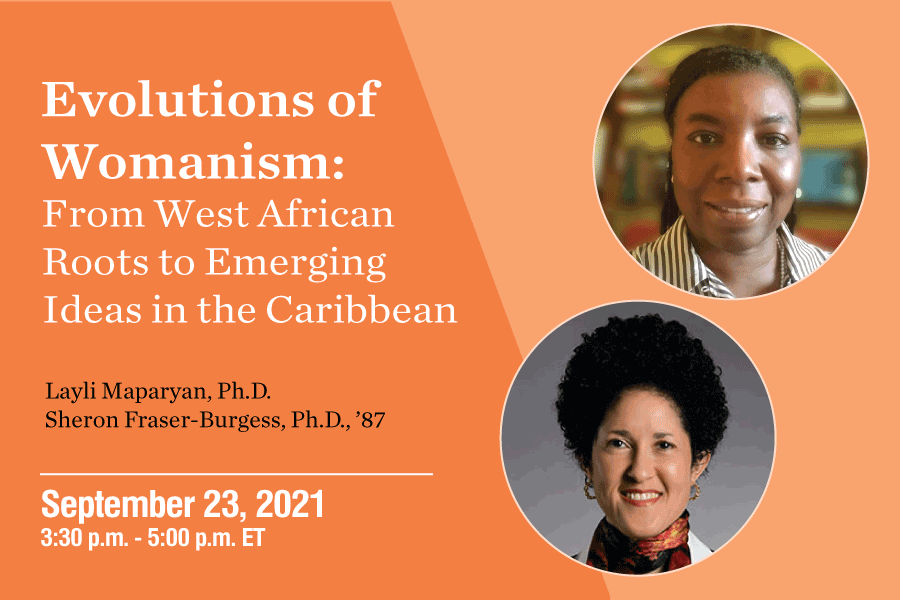 Womanism as an intellectual, social, and cultural movement grew out of Black women’s recognition of a culturally distinct approach to thinking about social problem solving in the 1970s. In the context of mainstream feminism, which was, at that time, largely driven by white middle class women’s ideas, goals, and agenda, Black women in the U.S. and beyond started to articulate an alternative praxis that came to be known as womanism, after a term introduced by writer and activist Alice Walker in 1977. These women were Black feminists, self-described Third World feminists, and other Black women who, up to then, had resisted these labels but, nevertheless, were part of the movement by Black women to transform the world in the direction of justice, peace, and healing. Over the next several decades, womanism matured into a world-embracing perspective informed by Black women and people of color of all genders from diverse countries and cultures.

Layli Maparyan, Ph.D., executive director of the Wellesley Centers for Women, is an expert in womanist theory and author of two groundbreaking books that chronicle its history, explore its ties to spirituality, and highlight its implications for activism. Her most recent article discusses the West African roots of womanism.

Sheron Fraser-Burgess, Ph.D., ’87, an educational philosopher who studies the social and philosophical foundations of education for multiculturalism and a fall 2021 visiting scholar at WCW, is exploring how womanism has evolved among Caribbean women in higher education in the last decade.

During this program, Maparyan and Fraser-Burgess will converse about the evolution of womanism and the importance of the African/African-descended worldview in higher education and global problem solving today.

This virtual program is co-sponsored by Harambee House at Wellesley College and is part of the Social Change Dialogues series hosted by the Wellesley Centers for Women, with support from the Cowles/Sulzberger Fund. The program will be recorded and shared with those who cannot attend live. Please send questions about the program to wcw@wellesley.edu